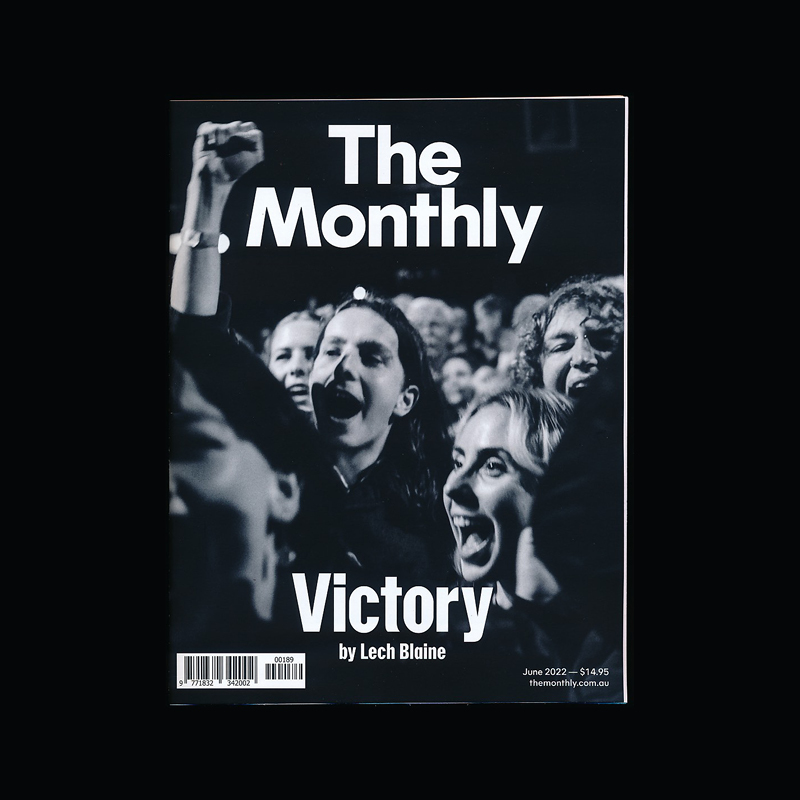 Following the federal election, The Monthly June issue features in-depth analysis of the result. Richard Denniss looks at the major swings and political shifts, and Lech Blaine writes about the colour and drama of the campaign trail, and the performances of candidates and leaders in key electorates.

Elsewhere, musician and writer Anna Goldsworthy writes about the state of music education in Australia, Dean Biron describes his part in Australia’s most famous meme, and we meet NASA’s Abigail Allwood, the first Australian and first woman to be a chief investigator for a mission to Mars.

In Arts & Letters, we review the 4th National Indigenous Art Triennial: Ceremony, revisit James Joyce’s modernist masterpiece Ulysses on the centenary of its publication, and survey the career of Tom Cruise to coincide with the release of Top Gun: Maverick. Plus much more.