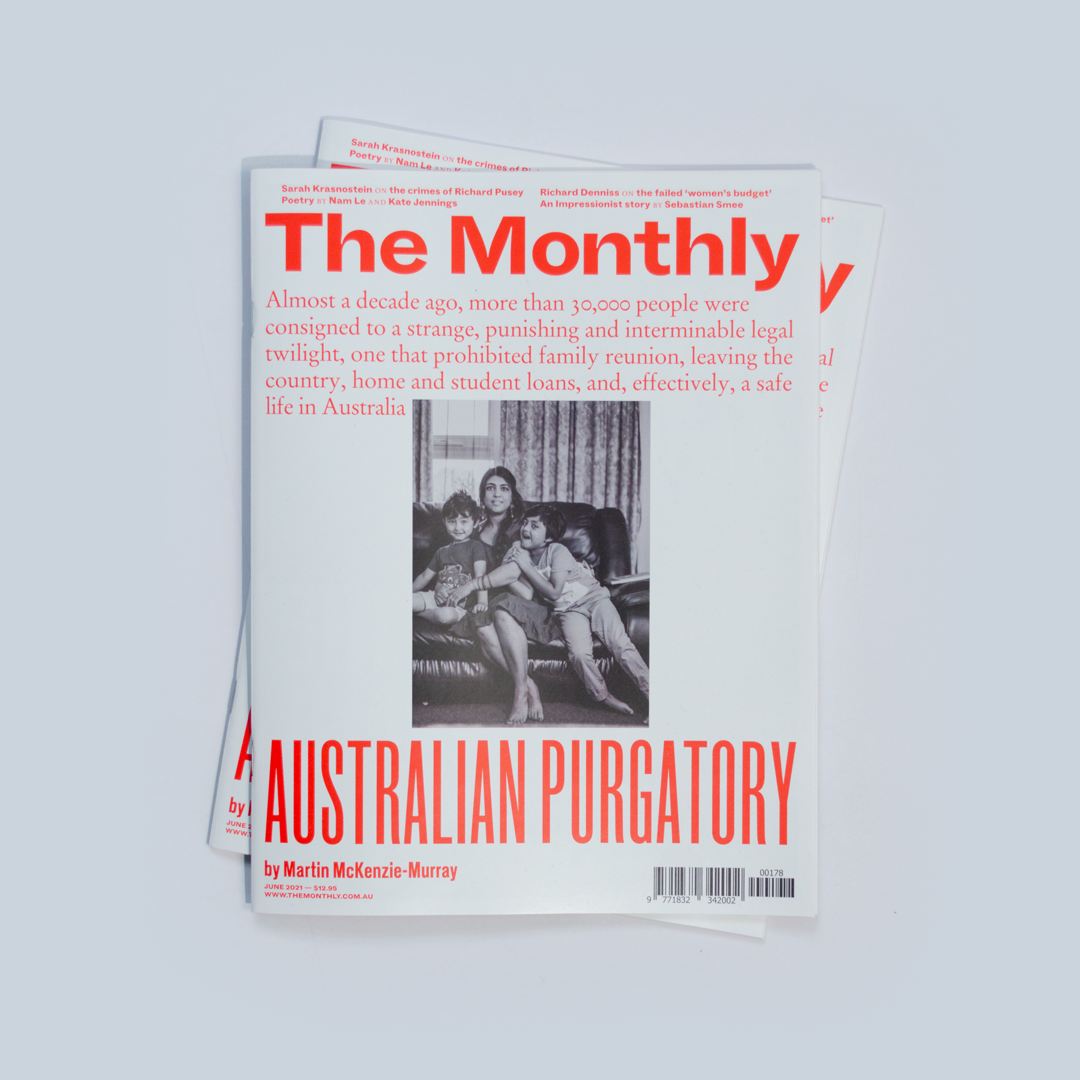 Following the budget, Richard Denniss puts a gender lens on the government’s new funding measures, and wonders how it will address the ingrained inequalities in government spending: men are overwhelmingly the beneficiaries of recent tax cuts, superannuation concessions and capital gains provisions.

Martin McKenzie-Murray investigates the tragic plight of more than 30,000 asylum seekers in Australia indefinitely stranded on temporary visas, for a decade in some cases, and denied the things Australians take for granted.

Sarah Krasnostein (The Believer) writes about the perplexing case of Richard Pusey, sentenced to 10 months for filming the aftermath of a highway accident that killed four police officers.

In Arts & Letters, we cover NGV’s 2021 Melbourne Winter Masterpieces, the new documentary My Name Is David Gulpilil, and new books and music. Plus much more.